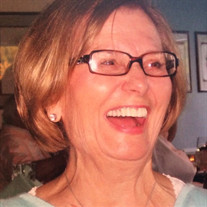 Smaragda “Lula” Zapis, loving wife of Xenophon “Xen,” devoted mother of Maria Wymer (James), Lee Zapis (Ageleke), Donna Thomas (Scott), Renee Seybert (Brad). Daughter of Manuel and Marigo Petrakis (deceased). Grandmother to Matthew Wymer, Margeaux Wymer, Robert Thomas, Zachary Seybert, Marielle Seybert, Christian Seybert and Demis Salivaras. In addition, her cherished goddaughter Lynne Salivaras, and her beloved cousins Stavro and Flora Salivaras survive her. She loved her many godchildren who always showed their love and respect for her. She cherished her countless friends and “koumbari”. Lula was a devoted daughter, a loving wife, an adoring mother and grandmother and a loyal friend. She lived her life in service to others, a lesson that she has imparted to her children and grandchildren. She was born on the Greek island of Kimolos. As an only child, Lula grew up with an amazing and loving extended family of grandparents, aunts and uncles and numerous cousins. It was an idyllic life interrupted by the Nazi occupation of Greece during World War II. That experience left an indelible mark on her and shaped her thinking for the rest of her life. Her immediate thoughts were always to alleviate the pain and suffering of those around her. After the war, Lula and her mother were finally able to travel to America to be reunited with her father who had moved to Cleveland shortly after Lula was born. Immersing herself in the Greek community of Cleveland she made the most of her new life in a new world. Lula met her future husband Xen at the Annunciation Greek Orthodox Church in Tremont. They married in 1952 and began a life together that would bring them great joy and happiness. Lula and Xen produced and hosted the Greek radio program for more than 30 years on various Cleveland radio stations. Together they co-founded WZAK in 1962, one of the first FM radio stations in Cleveland, and operated it as an ethnic radio station. After buying out their partners, they switched the format to urban contemporary. WZAK went on to become one of the most successful radio stations in Cleveland and was nationally recognized with many awards. Three of her children, Maria, Lee, and Renee, followed her into the radio business. Her daughter Donna became an attorney and expert in elder care and operates the family’s assisted living facility. She devoted innumerable hours to helping others. She facilitated numerous medical appointments for many Greek immigrants who needed help with language translation and navigating the medical care system. The Lula Zapis Chair of Molecular and Genetic Translational Breast Cancer Research was named in her honor at the Cleveland Clinic. Lula Zapis and her husband Xen were lifelong members of St. Demetrios Greek Orthodox Church in Rocky River, Ohio and members of St. Katherine’s Greek Orthodox Church in Naples, Florida. VISITATION MONDAY from 9:30 to 11:30 AM at ST. DEMETRIOS GREEK ORTHODOX CHURCH, 22909 Center Ridge Rd. Rocky River, OH. FUNERAL SERVICE MONDAY, MARCH 6, 2017 at 12 NOON at ST. DEMETRIOS. Entombment Private. The family would like to thank her physicians, nurses and devoted caregivers. In lieu of flowers the family asks that donations be made to the St. Demetrios Philoptochos Society in Rocky River, Ohio or the Hospice of the Western Reserve.

The family of Smaragda Zapis created this Life Tributes page to make it easy to share your memories.

Send flowers to the Zapis family.