Learn our story, from the beginning and into the future.

The Jardine's would like the community to know that Jerome will continue to be a part of the daily operation of Yurch Funeral Home. Jason and Crystal would like to thank the Yurch family and staff for the trust placed in serving the Parma community and appreciate the support of Jerome and his family.

People have been asking if Jerome would ever retire and who would run the business in the future. Jerome has laid plans to continue the business for the future. The first step was to merge with Jason and Crystal Jardine and their organization.

It came time for Jerome and Bud to pull back and slow down.  Jason,  Samuel and Anna are in charge of daily operations. Jerome will continue to support them and work with them, just as Jerome’s father, Michael, supported him for many years and helped transition the business into the next generation.

Meet our staff. Members of the local community make everything that happens possible.
Together, we make this place amazing. 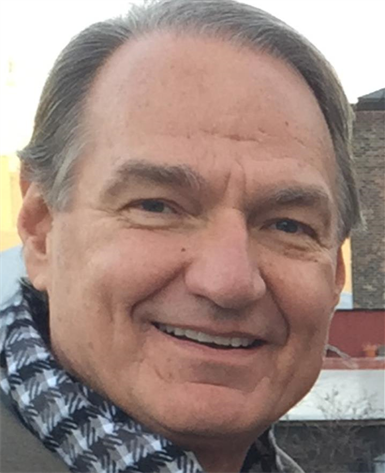 Jerome Yurch has been a dedicated, caring funeral director in this community for many years. He has conducted many memorable funerals for very dear and loving families. Mr. Yurch graduated from Kenyon College and Lincoln High school. He followed his parents, Michael and Lillian Yurch, into the funeral profession beginning in 1971.

During his tenure, he established an excellent professional reputation guided by his love and compassion for others. He is a pillar of kindness and generosity, calming those who are grieving with soothing words and practical solutions.

Mr. Yurch endeavored to satisfy the needs and wishes of each family so that every funeral will have a loving and lasting memory that people hold in their hearts for the rest of their lives. The moment of death in a family is the most difficult time in their lives and Mr. Yurch guided the family to make it a memorable experience. He has never ceased caring about the families being served. 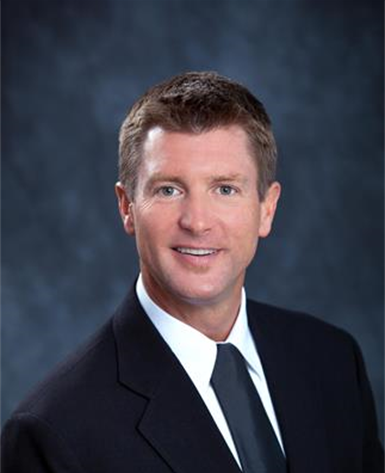 My name is Jason Jardine. I have lived in Strongsville my whole life except for some of my college years. I have been licensed Director for 20 years and worked with my father at our family funeral home 'Jardine' for 23 years. It is an honor to continue my career as a funeral director at Yurch; another Family owned and operated business, known for its outstanding service and attention to detail.

I truly enjoy honoring the Veterans in our area; The stories and experiences they share with everyone in our office and I are priceless. 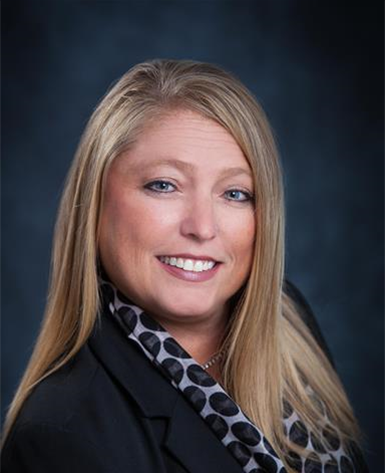 My name is Crystal Jardine and I am a licensed funeral director as of April 2012. I have lived in Strongsville since I was 5 and am a graduate of Strongsville High School. I obtained my bachelors degree in Business from Baldwin Wallace College and earned my MBA in Accounting from Case Western Reserve University Weatherhead School of Management.

I am dedicated to serving our community in the best ways possible. We strive to make sure families are as comfortable as they can be and receive the care they need though the difficult time they are experiencing.

At Yurch, we honor Veterans every chance we can. My grandfather, Michael Phillips, was in the US Army during World War II. He was awarded a Silver Star for his heroic effort while under heavy German counterattacks in Mt. Rutundo, Italy on November 10th, 1943. Also, my dad served in the US Navy and I have an uncle who served in Vietnam.

It's an honor to help families through such a difficult time. 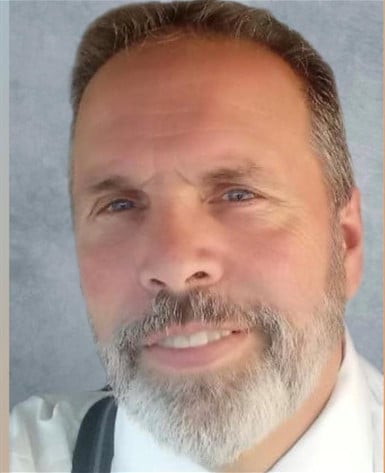 I am Walt I have been a pre-need specialist going on 20 years. I enjoy helping families looking to plan ahead for loved ones or themselvs. Helping families prepare their pre-need plans is my passion. Being able to give families a sense of relief that everything will be taken care of when the time comes is a great feeling, families are able to then focus on being there for eachothere while we take care of the rest.
I have met with many-a-family who share my common interests; favorite movie line's “You’re killin’ me, Smalls.” – Ham, The Sandlot, to activities (Ice fishing, poker, and my family) and life advice I have always lived by; The Golden Rule: “Treat others as you want to be treated.” 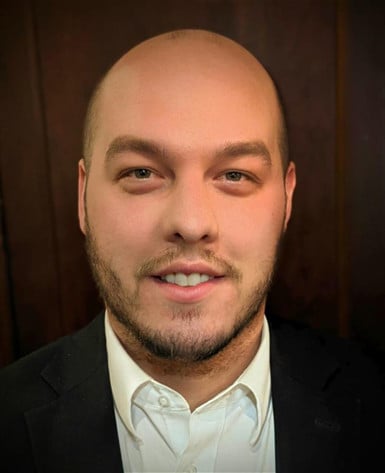 My name is Sam Harmon. I am a Licensed Funeral Director who specializes in Orthodox funeral traditions. I grew up in Berea, Ohio and graduated from Berea High School in 2008. I attended The Ohio State University and Cleveland State University and graduated with a degree in Political Science. I attend St. Matthew Antiochian Orthodox Church in North Royalton, where my dad is the Priest. I am currently a member of my Church’s Parish Council, security committee, and the Embalmers Association of Cleveland. While working together, Anna and I fell in love and married in September 2021. In my free time, I like to play volleyball, basketball and to go on hikes with my wife. I enjoy reading about history, politics, and religion, and keeping up with the current movies and music of the day.
At Yurch Funeral Home, we focus on honoring Veterans and we all have taken the time to learn about Veterans in our own family. My grandpa, Leon Harmon, served in the U.S. Navy during World War II. He was on a LCIM ship (Landing craft infantry mortar ship), which is basically a landing craft transformed into a gunboat. He fought at Iwo Jima and Okinawa and received a bronze star for valor during his campaign in the Pacific. He went into the Navy not knowing how to swim and ended up saving sailors that were drowning after their ship was destroyed by enemy fire. I never met my grandpa but am very proud of his service and his sacrifices he made. 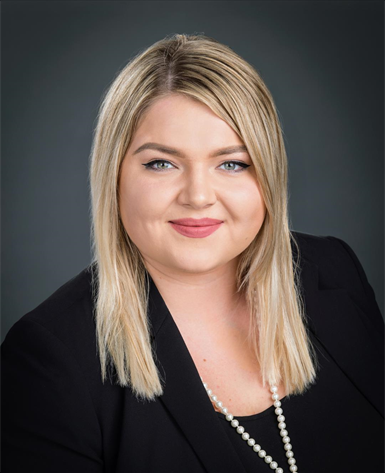 In November 2017, Anna joined the Yurch Funeral Home staff after graduating from Cincinnati College of Mortuary Science with a Bachelors in Mortuary Science. She is a Licensed Funeral Director, Certified Crematory Operator, Cremation Arranger and Celebrant.

She was born in Lviv, Ukraine and emigrated at an early age to Cleveland, Ohio with her family in 1995. She is the youngest of 3 to Nadiya and the late Ivan Davydyuk. She was raised in Parma, Ohio and graduated from the Parma City School District. She received an Associates degree in Science and Liberal Arts from Cuyahoga Community College.

While working together with Sam Harmon, the two fell in love and married in September 2021. Anna is an member at St. Matthew Orthodox Church in North Royalton and a member of the Embalmers Association of Cleveland. Anna enjoys traveling, exploring cemeteries and hiking the Cuyahoga Valley National Park with her husband.

She is dedicated to her profession and recognizes the true gift of honoring a life. She believes there’s something very sacred about grieving, spirituality, and the daily dance with sorrow, when speaking from her own loss experiences. She considers herself very fortunate to serve a community who share the same visions and beliefs, which are to provide impeccable care, respect, and faithfulness to each and every family. She’s not afraid to embrace the gentle joys of sadness and love once the time has come. 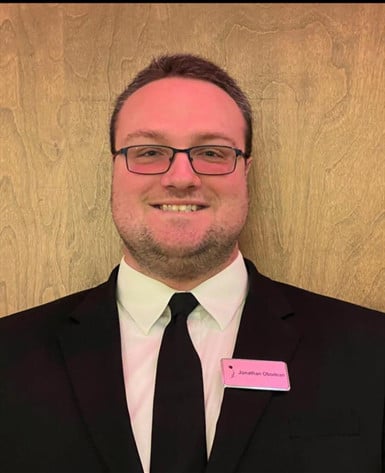 My name is Jonathan Obodean. I began working at Yurch Funeral Home in 2019. I am currently in the final few months of my completing my funeral director apprenticeship and I am a certified crematory operator. In addition to my career in funeral care, I'm also a musician and Eucharistic Minister at several churches in the Cleveland area, being mostly self-taught at playing the piano and pipe organ.

I'm honored and blessed to be part of the Yurch team in helping families through what may be one of the most difficult situations they may face and to help them honor and celebrate their loved one in the most distinguished way possible.

See where we are located.